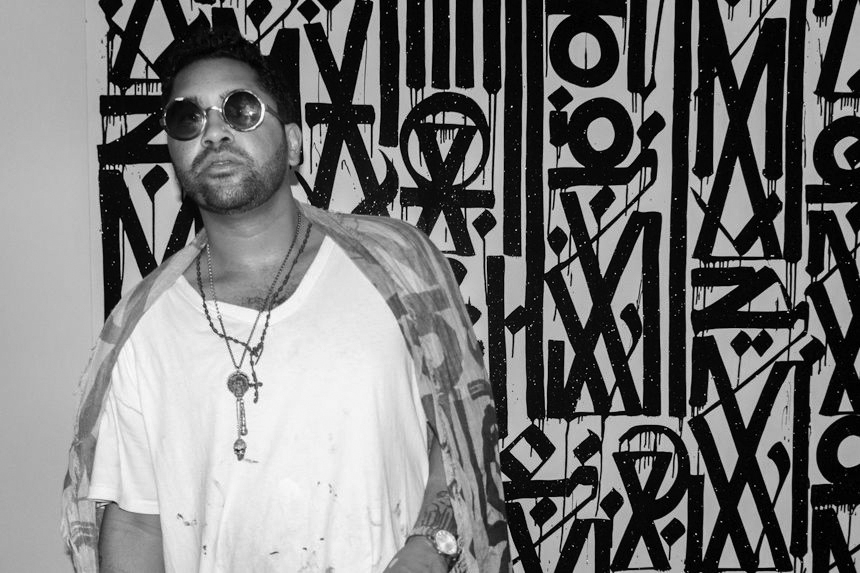 LA-based artist Retna started as a street artist but blew up in 2010 when Jeffrey Deitch said his exhibition at New Image Art was “the most exciting exhibition..this year, anywhere”. He created his own language based on Old English, Asian calligraphy, Hewbrew, and Arabic. His work is stunning and upon closer inspection you see the symbols are not random–humans cannot be random–and I want to believe that there is a story behind his one-man language.

“I’ve been writing and I wanted to make this text that was influenced by the world and I wanted everyone to be able to relate to it. I was mixed [race], so I never really felt like I fit in, or I was either one or this or that, so I just started to say I was down with everybody and I wanted my work to reflect that. That was the idea I was after.”

I wish there was more large-scale street art around Raleigh. 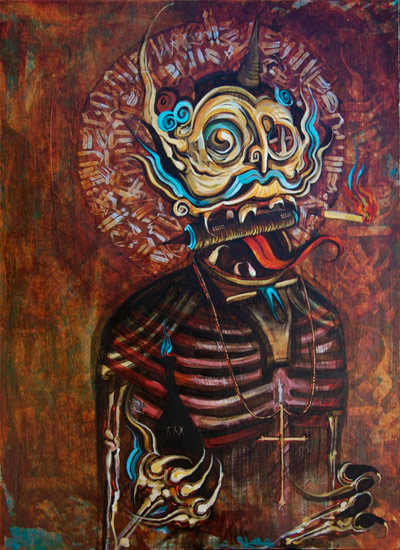 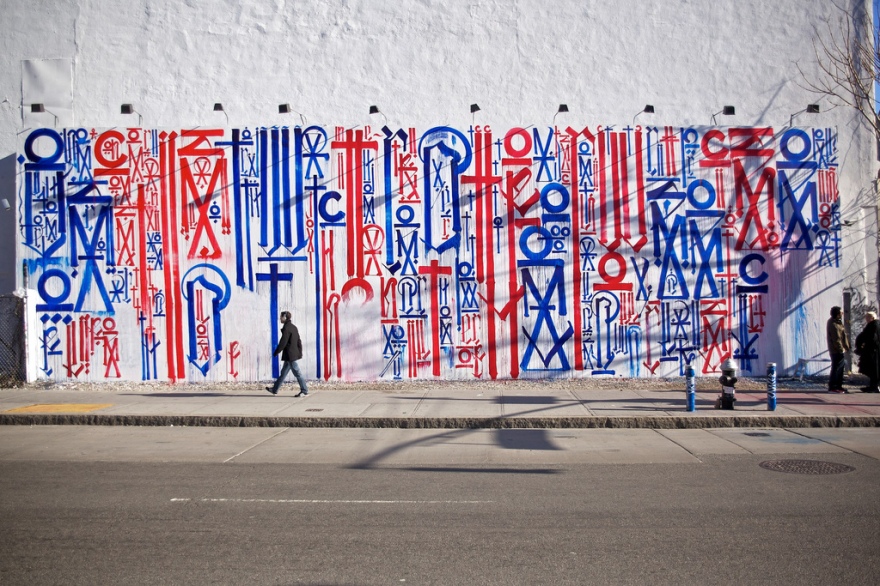 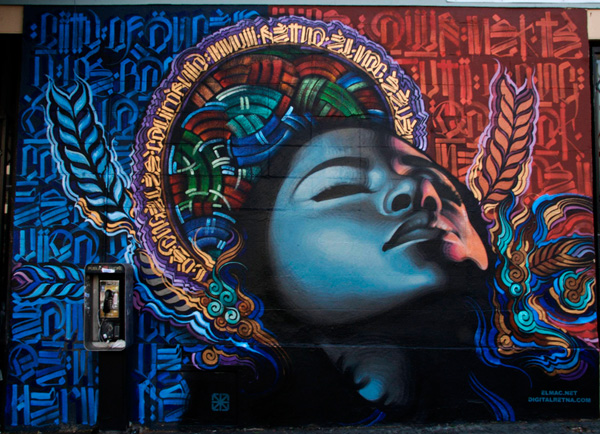 This one is probably a collaboration with El Mac.