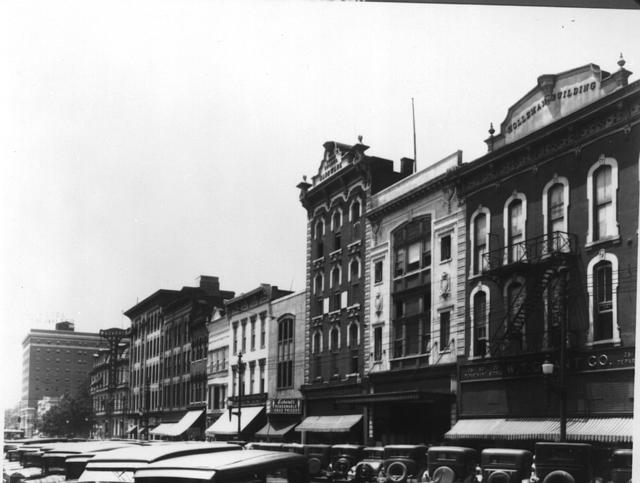 I didn’t like downtown Raleigh when I moved here in 2009–I was working two jobs, the scene was small and close knit, and, being a government center, was dead past 5:30pm. After Raleigh Denim moved downtown in 2010 (I was working there at the time), I noticed that many storefronts were going under renovations and filing with new restaurants and shops.

CAM Raleigh opened next door, Capital Club 16, Neptunes and Kings kept the Martin–Salisbury corner busy, the trifecta of Beasley’s, Chucks and Fox dominated the Martin–S Wilmington corner, Raleigh Times expanded next door to include a rooftop, Bida Manda brought Laotian food to the South, Videri Chocolate and Tasty Beverage brought traffic to the old train station, the warehouses were acquired by Citrix for their new headquarters, the AIA NC built their new headquarters across from Peace College (my office, Frank Harmon Architect, built and rents from the AIA NC), Seaboard Station expanded with Tyler’s Taproom, a cafe, and a burger joint, C. Grace lit up GloSo, and Dos Taquitos Xoco is almost open, CityFabric, CompostNow, and ReDress Raleigh moved into Boylan Heights, Trophy Brewing is coming to the Morgan St. shopping center (next to murder mart), the Fiction Kitchen is setting up, and the Person Street developments of Rapid Fitness, Piebird, Raleigh City Farm, Market’s new location, and an upcoming market, and the various little boutiques that have popped up around downtown… I’m sure I missed someone, sorry.

Being part of the downtown community and watching it expand and thrive has been a great experience. All the bars and restaurants I go to are locally owned, are involved in the community, and have a similar set of values. What’s even better is living so close to downtown and walking or riding everywhere.

I can’t wait to see who is going to start what next… there are so many projects and ideas and floating around downtown, you can feel it.